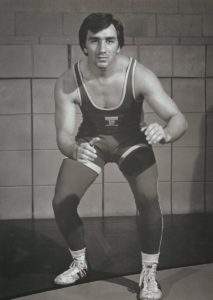 Al was Named Amateur News Freshman Wrestler or the Year in 1971. Iowa State further honored him by naming him the Athlete of the Year at Iowa State in 1975. He also won the Washington DC Cyclone Club Award and the Walter Smith Ring for Athletic Excellence.