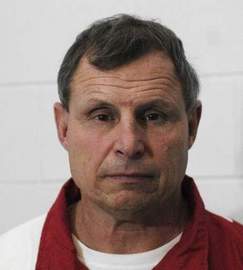 A two-year starter at Irving Crown High School in Carpentersville, Al Zinke was a state qualifier and compiled a career record of 52-18. He was a conference and regional champion and was a two-year All-Conference selection in football in high school. He was also All-Conference in track and was the State Champion Mile Relay Team.

Al went on to attend the University of Wisconsin at Whitewater. He was a four year starter on the wrestling team and was named Academic All-Conference two years. He also played varsity football as a freshman.

Al began his teaching and coaching career in New Libson High School and then moved on to Irving Crown High School. He coached for twenty-six years at Irving Crown and Dundee-Crown and compiled a 438-97-3 dual meet record. His teams won thirteen conference championships, nine regional titles and two sectional championships. His teams placed fourth in the IHSA Dual Meet State Championships in 1985 and 2004. He has coached over forty-six state qualifiers, seven place-winners and one State Champion. In 2004, al was selected by the IWCOA as Class AA Coach of the Year.