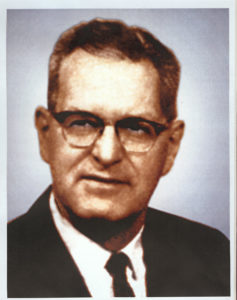 Al received his instruction in Oklahoma, Oklahoma State and the University of Iowa. He taught in Nebraska for a number of years before corning to New Trier. He coached at New Trier from 1948 until 1968 when he was forced out of coaching due to illness. He died in 1970 at the age of 58.

Although he coached numerous other sports with notable success, it was in wrestling and general work with boys, that Al had his greatest moments and rewards. In his 20 years of coaching wrestling in Illinois, Al developed: 6 Conference Championships in the Suburban League; 7 Sectional Championships; finished Third in the State two times; Finished as runner-up in the State two times and won the State Championship 3 times. His dual meet record indicated a 90 percent winning average. During this time he developed a total of 54 state place winners, of which 18 were State Champions.

Don Behln, twice a state champion; a two time Big 10 champion and captain for Michigan State where he also finished 3rd and 2nd in the National Collegiate Championships. Don later finished 2nd in the World games and 2nd in the 1968 Olympics.

He also found time to be a well-known speaker at several clinics sponsored by various state organizations and along with the late Ott Bay, officiated at several NCAA finals.