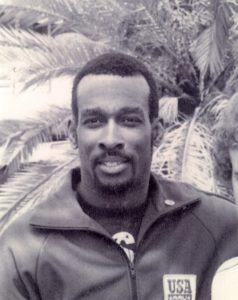 Al is from Chicago Parker High School, where he was a State Qualifier. He attended Wilson Junior College where he was the Junior College Conference Champion. He then attended Western Michigan University, where he lettered. Upon Graduation, he began his teaching at St. Augustine Elementary School in Kalamazoo, Michigan – spent a year in Gary, Indiana and the n back to the City of Chicago.

During this time Al was involved with the Illinois Wrestling Federation as the Head Greco Roman Coach for the Junior Nationals. He also was well-known as a clinician at the Pocono Sports Camp in Pennsylvania for 10 years.

The IWCOA named him a Friend of Wrestling in 1987.

Al received his MA from Northern Illinois University in 1973.