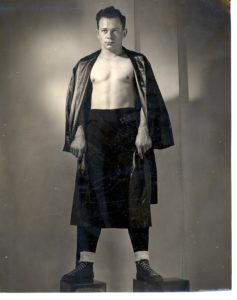 Archie is from Urbana University High School, where as a senior he won the State Championship, the first year that Illinois had such an event.

Following graduation he helped coach while pursing graduate degrees at Illinois University and attaining his PHD at Lawrence University.

His career following his PHD has been in the commercial area, primarily in research and his last 23 years were at the University of Arizona in Chemical research a position he is now retired.