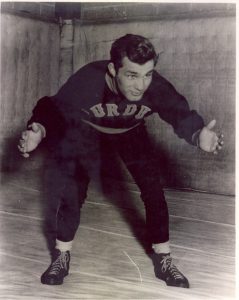 Arnold is a graduate of Tilden Tech High School in Chicago, Illinois and from Purdue University.

Arnold has been voted into the Helms Foundation Hall of Fame. He was voted the outstanding Athlete of Purde Award, which is an award given to a graduating senior of Purdue and represents all sports.