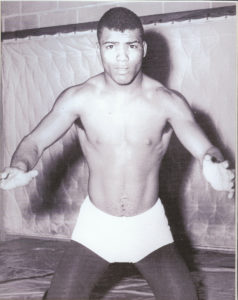 His wrestling attributes are even more significant and that is of course what we are honoring him for.

Ben wrestled on the Varsity Team for all 4 years of high school. The team was conference champions 3 times and Sectional Champions 2 times. Ben’s personal record was even more outstanding.

His overall record was 43 wins, 3 losses, and 1 tie in dual meets, 32 wins, 2 losses and 0 ties in tournamanets for an overall record of 75-5-1. All of his losses cam during his Freshman year.