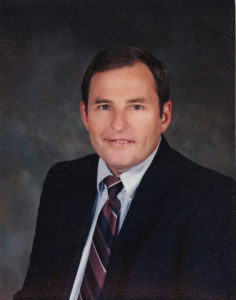 Bert is from Baltimore, Maryland where he attended High School with an expertise in Soccer. His Collegiate career was spent at Springfield College in Massachusetts where he went as a Soccer player, but through physical education classes, he was induced to work out for the Wrestling Team. Upon graduation, he enrolled at Illinois University for his Master’s program and as a volunteer he helped Pat Patterson and the University of Illinois Program. These involvements sold him on Wrestling. His High School coaching began at East Moline High School as an Assistant, but after 2 years of being an assistant, he took over the Head job in 1968, a position he held until 1982.

He had 13 State Individual Place winners.

Bert was named IWCOA Coach of the Year in 1972.

Throughout all of this time, Bert was very active in Working various Wrestling Camps; Hosting Cultural Exchange Teams; Coaching the Illinois IWF Teams and holding office in the IWCOA, the office of Treasurer for a number of years.

A few years ago Bert started the East Moline-Silvis Soccer program for youths, but due to business conflicts had to relinquish this job to someone else.