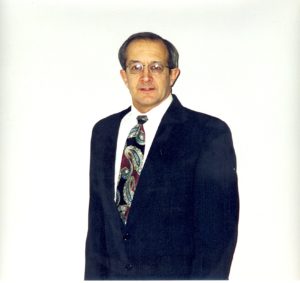 Bill is from Bloomington High School, where he wrestled in his senior year, and 2nd in Big 12.

His collegiate dates were at Eastern Illinois University, where he wrestled for 4 years. He placed 6th in the NAIA in 1965, and won IIAC Championship.

He has been an official for 31 years; he has worked 24 Regionals, 21 Sectionals, 11 State Individual Finals and 9 State Dual Finals. He has worked Regional and Sectional Duals.

Bill has served the IESA on their wrestling advisory committee.

He has served the IWCOA at their clinic in Lincoln for many years.

Central Illinois Official of the Year 1984-85

IWCOA Official of the Year 1998