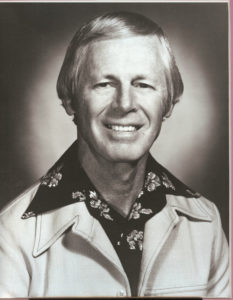 Bill is a graduate of Alton High School and Shurtleff College and the University of Illinois.

Bill started his coaching career at Western military school in Alton, Illinois in 1947 where he began developing his winning methods. Three years later he moved to Granite City, Illinoi where he has been since that time. During his term at Granite City, Bill has developed a dynasty that has Won 342 dual meets, Lost 28 and Tied 4. Granite City has won 80 various tournaments throughout Illinois and Missouri and included 7 undefeated seasons. At the State level, his teams have won 16 District Championships; 21 Sectional Championships; 1 Third place in the State; 1 second place in the state and the State Championship in 1965. Granite City has never failed to qualify at least 4 state representatives each year and have never failed to score points in the State Tournament.

Bill is well known for his work in Wrestling at the State level, where he has been on the State Wrestling Advisory Committee for 14 years. He has been a Rules interpreter for 8 years.