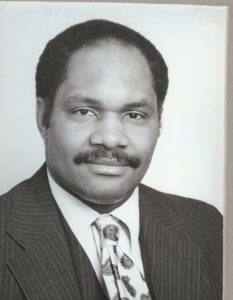 Bob is from Evanston where he wrestled for Elias George, himself a Hall of Famer. While at Evanston Bob was an All American in Football, Wrestling and Track. In Wrestling he was a Runner-Up and a State Champion. He began his collegiate days at the University of Wisconsin, playing Football and then transferred to the University of Nebraska where he finished his collegiate days. He did not wrestle for the University, but did continue his wrestling for various Club organizations. In 1964 he placed second in the National Senior AAU Freestyle Championship which was held at the World’s Fair; He also placed second in the AAU Greco Roman Championships. This same year he placed third in the Final Olympic Trials in Freestyle at New York which placed him with the best in the United States Training Camp. At the Final Cut s for the Olympic Team at the Naval Academy in Annapolis, Maryland, he placed second in the Freestyle, which qualified him to be an alternate on the 1964 Olympic Team and he won the Championship in Greco-Roman which automatically won him a berth on the 1964 Olympic Team. In these 1964 Olympic Games which were held in Tokyo, Japan, Bob finished sixth in the Greco-Roman.

Bob was a member of the I1ayor Daley Wrestling Club during 1964. He continued to wrestle with Mayor Daley Club through 1967, when he retired from active wrestling participation. Since that time he has continued as a High School and College Official in football. He is currently a Big 10 Football official. He did officiate wrestling or a number of years before concentrating on football.

Bog was also a member of the Chicago Bears for 3 years.