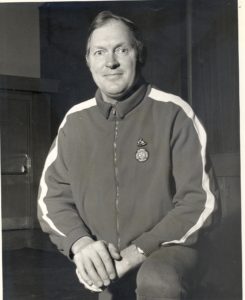 He has had 9 individual State Champions and numerous place winners, many of whom have gone on to National prominence. Other contributions have been as president and secretary of the Illinois Coaches Association; State Wrestling Advisory committee as Secretary; Chairman of the Scholastic Wrestling News All-America Committee; official, clinician and Scholastic Wrestling News Coach of the Year in 1970, IWCOA Coach of the Year since 1965, Amateur WR news-All American.