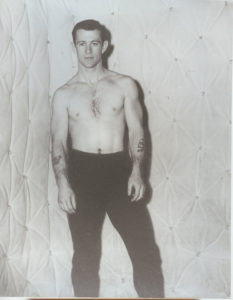 Bob Mann began his wrestling career at Danville High School, under the late Mr. Bundy also a IWCOA Hall of Famer. While at Danville he was 3rd in the State finals.

His collegiate career was at Illinois State where the late Eugene hill, also a IWCOA Hall of Famer, was coach.

His accomplishments at ISU were 3 Conference Championships in the IIAC. During that time he had a 45-3-0 record. There were no nationals during the war. He was the Chicago AAU Champion, and in 1948 he lost in the final of the 1948 Olympic Trials, where he broke a rib and ultimately finished third.

He was a official for many years, officiating at all levels, including the state finals 4 times and the NCAA twice.

Bob was on the IHSA Advisory Committee for a total of 10 years.

Illinois State University inducted him into their Hall of Fame in 1972.

Bob joins his brother William in the Hall of Fame