Brad was introduced to the sport of wrestling at the age of four. His uncle and two older cousins were wrestlers and they got Brad and his two older brothers into the sport. Brad was hooked right away, and his amazing parents supported his wrestling career every second of the way.

Brad was coached by Roy Johnson in the Mt. Zion Kids Club where he won two state titles in the I.K.W.F. He was later coached by Grant Eckenrod at Mt. Zion High School. During his high school years, he compiled a record of 178 – 11 and was a four-time state place winner including two state titles. He finished 6th in the state in 1995

As one of the nation’s top recruits, he chose to become a Badger for the University of Wisconsin. As a Badger, he experienced a plague of injuries that sidelined him from doing what he loved most…competing! However, Brad always finds the positive in every situation. He says this was a blessing in disguise because not being able to compete is what pointed him into the direction of coaching.

Brad currently runs his own wrestling school called Advance School of Wrestling in Madison, WI and has been doing so for 16 years. Brad is also the head coach for the Wisconsin Cadet National Freestyle Team where he gets to work with the top wrestlers in Wisconsin and in the country. What excites him most about coaching is to be able to work with young athletes that are ready and willing to totally commit and put forth all their effort to reach their full potential on and off the mat.

He demonstrates the highest level of passion, focus, and intensity in the wrestling room and radiates positivity everywhere he goes. His teaching philosophy is that you must practice daily discipline in every aspect of your life if you want to truly be successful. Along with daily discipline, he also promotes the importance of goal setting to all his athletes. What he finds most satisfying about coaching is being able to give back to the sport and being a positive role model for young kids. His ultimate goal is to be able to teach and mold young kids to be outstanding individuals not just champion wrestlers. 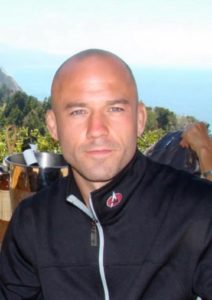