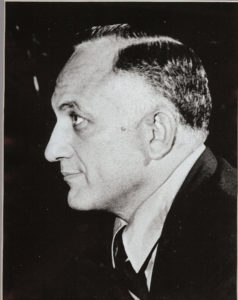 Chuck graduated from Proviso High School and from Purdue University.

Chuck started coaching at East Leyden in 1954 and during this time he has produced 13 Conference Championships, 15 District Championships, 11 Sectional Championships, twice has been runner-up in the State and in 1960 won the State Championship. His overall dual meet record to present date is 218 wins and 14 losses. He has coached 25 state place winners of which, 10 were state champions. Some of his products were: Bill Laursen, Captain at Northwestern and a 6th place finisher in the nationals and Ken Monroe, a two time state champion, runner-up and 3 NAIA championships at Wayne State, where he is captain. Ken was voted the most outstanding wrestler award in the 1973 NAIA Championships.

Chuck is well known for his activities in the Wrestling Federation Organization.