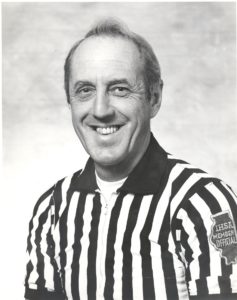 Mr. Sheets establishes a first in the IWCOA Hall of Fame. Cliff did not graduate from High School, nor did he attend College. He left High School during World War II, as many did to defend the United States against their aggressors. The fact that he did not go to college did not detract from his love of athletic and the people involved in hem. Cliff was known as a great motivator in youth programs as a coach. Because he saw a need for improvement in officiating, he began to learn the skills necessary for this facet of wrestling.

Cliff Started a Wrestling Club in Decatur in 1974 and continued to be active in this club until his health failed. He also started the youth or boys baseball in Decatur. He motivated kids in all areas, helping them to become champions. He officiated for a number of years, including Regionals and Sectionals and worked the State Finals 4 times. He also worked the State Meet as a bench Official.

He was an interpreter for Rules a number of years in the Decatur area. For his work with Youth Programs, the Illinois Kids Federation saw fit to honor him as their Grand Marshall at the State Kids Championships. A Scholarship has been established at the Decatur High School in his name.