Dana Holland grew up in the suburbs of Carol Steam and Glendale Heights. He was an active, friendly kid who loved sports and was introduced to wrestling at the end of 5th grade by joining the Villa-Lombard Cougars W.C. He soon began to love the sport and he wanted to compete as much as possible. He would help the Cougars win 3 state team titles and individually Dana was a 2x state place winner.

He attended Glenbard North H. S. where he was a four-year varsity team member. Wrestling helped teach him how to succeed and it prepared him for many of life’s challenges. Dana learned the value of hard work, goal setting, and working with others. He valued being part of a team that worked together to reach a common goal and he developed bonds with friends that would last a lifetime. The attributes learned in wrestling have and will always play a valuable role in his life, on and off the mat.

Dana attended and wrestled at Iowa Central Community College where he was a 2x Central Conference Champion and an NJCAA Champion. In addition, he was the 2000 National Sportsmanship Recipient.

Dana transferred to Arizona State University where he majored in Sociology and minored in Biology. He was a Pac-10 champion and he earned All-American honors. He wrestled for the Sunkist Kids Freestyle Wrestling Club competing internationally for 4 years. He retired his shoes at the 2004 Olympic Trials due to injuries.

Dana continued his education, earning an MBA while working as a teacher’s assistant and wrestling coach at Glenbard North H. S. In addition, he was an assistant coach at Meta Valley H.S. for two years. Currently Dana is a Territory Manager for Zoll Medical. He has been married for 12 years and he has two children Myles-Avery and Alexandraya Holland. They are members of the Force Elite Wrestling Club where Dana also assists. He enjoys helping the youth and tries to give back to the sport in any way he can. Dana wishes to thank his wife, his mother, and his former coaches who have all supported and pushed him throughout his career. He is also grateful for all individuals who have taken time to contribute to a sport that has developed so many great young men and women. 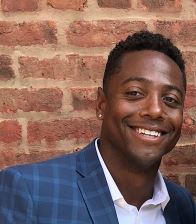