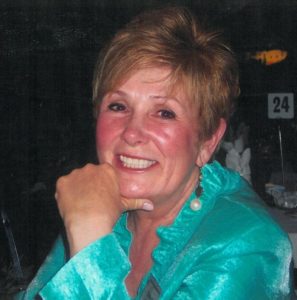 Debbie Nason has been an active contributor to the wrestling community since 1975, helping her then husband, Ken Gerdes, Jr., with the Oak Forest Wrestling Club. In the 1980’s as an active parent of the booster club for the Orland Park Pioneers, she coordinated tournaments and lobbied elected officials in Orland Park for wrestling mats and a permanent practice site. As an IKWF mom, Debbie saw her sons, Ken III and Ben qualify for the state finals eight times. Ken was runner-up his freshman year and won back to back titles in 1989 and 1990. Ben placed third twice, fifth once and was runner­ up in 1994.

Debbie has served on IWF organizing committees for the Cadet World Championships and USA Wrestling Dual Meet Championship hosted in Illinois. She volunteered to oversee the publicity and the promotions and recruited sponsors and commercial contributors. In 1996 at the SID-E host site of the National Duals, she secured hotel accommodations, arranged meals and three socials for the I00 plus officials and workers for the four-day event.

In 1996, Debbie collected over 1500 signatures at different tournaments across the country in an effort to advise people of their local congressional representatives and to educate them about Title IX. Prior to the 1996 election, she mailed over 7000 letters encouraging everyone to get out and vote for candidates wanting to save wrestling.

After the tragic death of her son, Ken III, in March of 1995, Debbie created the Ken Gerdes III Memorial Foundation. This non-profit effort is totally dedicated to supporting Illinois wrestlers at all levels of competition and all wrestling styles. For the past nine years the Foundation has presented fifty-nine high school seniors with $1000 Leadership Awards.