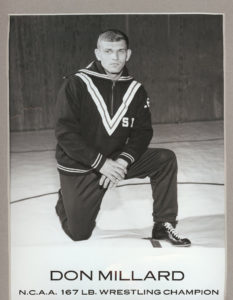 While in High School he won numerous matches and tournaments. He finished 2nd in the State Two times. Losing both times to a 3- time State Champion Rick Bay who is also a Hall of Famer; the scores were 2-3 and 8-10, extremely good bouts.