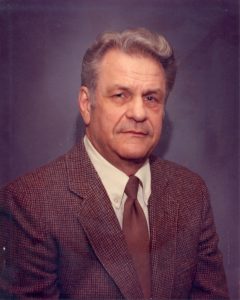 Don began his coaching career at Danville High School where he coached for 11 years before moving on to Champaign High School. He coached at Champaign for 12 more years before being forced to retire due to health. During his tenure at both schools, he won 150 dual meets; won 4 team conference champion ships; 4 Districts; 2 Sectionals and had 4 high finishes in the State. Besides the championships, his teams were runner-ups in these areas numerous times. Don had 9 State Place winners, 4 of which were Champions. Don has also served on the State Wrestling Advisory Rules Committee. Don was instrumental in maintaining wrestling at a high level in Central Illinois for a Number of Years.