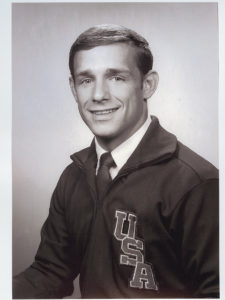 Don placed second in the state as a sophomore and then won two state championships. Don wrestled his collegiate days at Michigan State, where he won two Big 10 Titles, Captained the Team, Placed 3rd and 2nd in the NCAA. Don has also placed well in the Midlands; won the Pan American Games and in 1968 placed second in the Olympics.