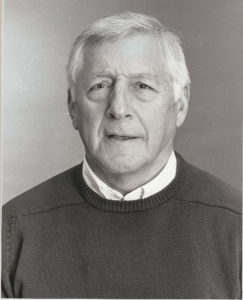 Don is from Joliet Central High School where he was a Three time State Qualifier. He won the State Championship in his junior year.

His Collegiate career was the University of Northern Colorado where he was a three time Champion of the Rocky Mountain Conference and twice placed third in the NCAA Division One Nationals. He was also a Rocky Mountain AAU Champion. Following graduation and while in the service he won the All Armed Forces Tournament held in Alaska. Don has never had a fall point scored against him in Wrestling.

His coaching began in Colorado where he was an assistant at Grand Junction High School for two years and in his third year de doubled as an Assistant at Grand Junction and the Head Coach at the new program at Mesa Junior College which he held for two more years. He then moved back to Illinois where he assisted Roy Fowley at East Aurora for 8 years, while being chairman of the Industrial Arts Program. He left East Aurora Coaching to become head Coach at Aurora College. When Aurora College dropped the program he then assisted at the Indian Trails Junior High program for 4 years and for the last 4 years preceding retirement he assisted at Joliet West High School. I might add here, Don was also the Head Coach at the University of Northern Colorado for 1 year while their coach was on sabbatical.

His officiating began in 1953 in Colorado and lasted until 1987, a total of 35 years. In Illinois he officiated at many duals, had 10 regionals, but opted for mostly college meets. He has officiated at the Junior College State Tournaments; the North Central College Tournament; College Duals and the Christian College Nationals.