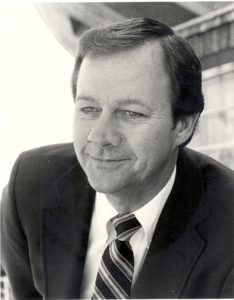 Don attended Warsaw High School, which did not have Wrestling. His Collegiate days were at Western Illinois University where he first became involved with Wrestling.

His teaching days were begun at Savanna High School where he was the Head Football and Head Wrestling Coach. In his first year he had 4 State Qualifiers. This was at the time there were no class divisions of schools. His second year he assisted Charlie Anderson, who is a member of this Hall of Fame.

In 1978 he had the opportunity to join the IHSA as an assistant Director in charge of Wrestling, a post he held until 1991 at which time he moved up in seniority and was assigned football. He is still at the IHSA.

He has been named Man of the Year in Baseball in 1982.

He was President of the National Wrestling Rules Committee in 1990; he had been a voting member since 1988.

Wrestling named him a Friend in 1988 at the All State Banquet.