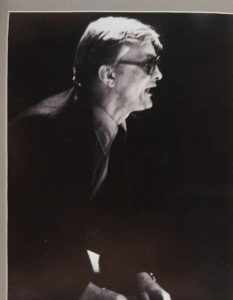 Don began his wrestling career at Reavis High School, U8der the direction of Hall of Famer John Fitzgerald. While there he placed 3rd in the State and was the State Champion in his Senior Year. His collegiate days were spent at Indiana University. Upon graduation he became the coach at Carl Sandburg. While at Carl Sandburg his teams were 243-143-7. He won 6 Conference Titles; 3 Regionals and placed 2nd two times in the Sectional. His teams placed 5th, 6th and 2nd in the State Finals. He coached 39 State qualifiers; 11 place winners, 5 of whom were Champions at Carl Sandburg. He left Carl Sandburg to take over the Reavis Program for 4 years, where he had 5 state qualifiers, and 2 place winners. He was also the area representative for SICA North for 3 years.