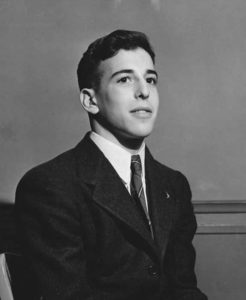 Dr. Mottleson began his career at LaGrange Twp. High School, where he placed 2nd in the State.

His Collegiate Career was at Purdue University where he was a two time Big 10 Place Winner. His greatest achievements came at a later date, when in 1975 he was awarded the NOBEL PEACE PRIZE IN PHYSICS.

He is one of three men in the United States that have Wrestling Backgrounds and have won the Nobel Prize, the only one from Illinois.

Dr. Mottleson is presently living in Copenhagen, Denmark with dual citizenship while he is involved with the Nordic Institute for Theoretical Physics.