Seth Norton was the third son born into a deeply academic and deeply Christian family. Seth’s parents were missionaries to the Belgian Congo. Later Seth’s dad became a college and seminary professor, dean, and president. Seth’s brothers were both wrestlers. His older brother, Will, was a pole-vaulter and wrestler, but as a varsity starter, he ended his junior year with a broken arm and senior year with recurrent concussions. Seth’s second older brother, Peter, was undefeated at the sophomore level but refused to wrestle off for a starter role because he was competing for valedictorian and wanted to spend more time studying.

Peter and Will were more academic than Seth, who favored sports to books. Peter went to medical school and has a long career as a physician while Will has served as Dean of the University of Nebraska and University of Mississippi journalism schools.

Seth played football, including starting for the varsity as a sophomore, junior, and senior. As a senior, Seth was leading the conference in scoring through the 4th game but sustained a torn MCL and ACL in that game, ending his football career. As a wrestler, Seth placed second in the state as a sophomore in 1963 for Palatine High School at 133. After qualifying for state but not placing as a junior, things looked grim his senior year especially after his football injury. With a knee brace and tape, Seth managed an undefeated campaign and went on to win the IHSA

State Championship in 1965 at 145 pounds. The Pirate wrestler would complete his high school career with 109 wins and 16 losses.

Following graduation in June 1965, Seth had a series of three knee surgeries on both knees in an 11-month period. The last surgery was a radical reconstruction of the ACL on his right knee and left a 16-inch scar on that leg along with three metal staples. Five months after the last surgery, Seth was competing on the varsity for Northwestern.

Seth wrestled at 160, 167 and 177 winning the Midlands Championship in 1968. He was a member of the Wildcat team that beat Iowa for the last time in more than four decades. NU also tied Iowa for second in the Big 10. Seth was 4th in conference despite separating his shoulder on Monday before the conference tournament in 1968. He would place 3rd in the Big Ten the following year. Seth was an NCAA qualifier twice and he reached the quarter finals in both 1968 and 1969. In 1969 Seth would be honored as Northwestern’s Stuteville Award winner for being the season point leader.

After studying economics at the graduate level, Seth had an academic career pursuing teaching and research at Washington University, St. Louis, Illinois State, and Wheaton College. At Wheaton, the college was short-handed when a coach resigned. Seth volunteered to assist Pete Willson in coaching wrestling after a 26-year hiatus from the sport. Seth is largely credited with saving the Wheaton College wrestling program when many felt it should be cut do to title 9 and budget issues. He would step in and became head coach, a position he held for 12 years while simultaneously serving as a full-time professor. In those years, Seth enjoyed coaching 16 individual conference champions, five All-Americans, five scholar All-Americans, one scholar All-American Team, and

Seth would like to thank Linda, his wife of 50 years, and daughters Inga and Marta for their encouragement and support of his involvement in the sport of wrestling. This included many long weekends away from home. He also thanks brothers Will and Peter for their enthusiastic support, and all of those who taught and coached Seth through the years. The list includes former Palatine head coach, the late John Ellis, Mr. Ron Bessemer, and teammate Mike Gluck. Seth also offers a robust thanks to supportive Wheaton College wrestlers, Paul Elsen, Dave Hirt, and Dan Weber. Seth also thanks long time Wheaton wrestling supporter, David John, and he is deeply grateful for his orthopedic surgeon, Howard Sweeny. Most of all, Seth thanks God for his mercy in healing his knees and giving him the opportunity to wrestle in college.

Dr. Seth Norton continues to work full time as a professor at Wheaton College in the Business and Economics Department. 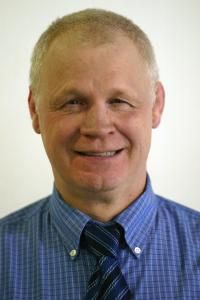