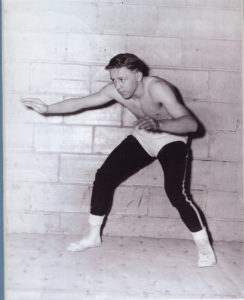 Placed 2nd in the State in 1947. Wrestled for Cornell College in Iowa. Won

4 Midwest Conference Championships. In the Nationals he was runner up in 1950 and in 1951 he won the National Championship. There were 7 former Champions in his weight class. Because of that, he was selected as the Outstanding Wrestler’s Award. He is the only Illinois Man to receive this honor in the University Division. He is also in the Cornell College Hall of Fame.