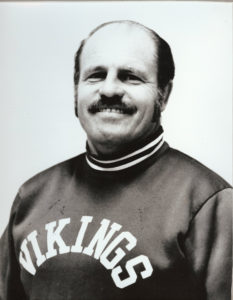 His teams have won over 200 dual meets, a number of Southwest Conference Championships, districts and 1 sectional. He had 8 place winners in the state finals.

Butch also directed the Kids Wrestling program for the Homewood JC’s for 18 years, which was an annual participant draw of 2 to 500 boys. He also conducted the Park District Junior High programs for 13 years.

For two years he was a clinician-coach at the Kuma Wego Wrestling Camp in Eagle River, Wisconsin. He also conducted a clinic for the IAHPER which was entitled “wrestling from the cradle to the grave”.