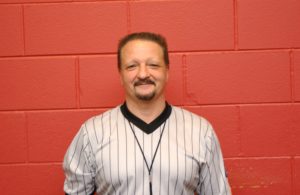 Born August 9, 1953, in Chicago, Illinois, Frank Filippi ventured into the competitive sport of wrestling, at the age of seven while in the second grade in the Glen Ellyn Elementary School System. He continued as a competitor to become a West Suburban Conference, All Conference Wrestling Selection at Glenbard West High School in Glen Ellyn. He graduated in the upper ten percent of his academic class in 1971. A major character influence and inspiration in his life was his High School Wrestling Coach at Glenbard West, the legendary Coach John Beisner.

Frank continued wrestling for two seasons at Northern Illinois University for IWCOA Hall of Fame coach and National Hall of Fame-Illinois Chapter Lifetime Achievement recipient Coach Don Flavin. After an injury ended his competitive career after (13) years in the sport, he officiated for the first time at the Northern Illinois University Intramural Tournament and found a new direction. He registered as a wrestling official for the Illinois High School Association and the NCAA in 1973.

Currently having been involved in wrestling for over fifty seasons, Frank continues to officiate for his 38th year. Thus far, having officiated for the Illinois High School Association: (35) IHSA Regional Tournaments, (15) IHSA Individual Sectional Tournaments, (10) IHSA Dual Team Regional/Sectional, (13) IHSA State Wrestling Finals including (6) IHSA Individual State Finals and (7) Dual Team State Finals. Also, he currently officiates for the Illinois Elementary School Association: (15) IESA State Finals, and having served on the IESA Wrestling Advisory Committee and as the State Finals Head Official in the years 2009, 2010, and 2011.

Frank has also officiated (23) continuous years of the Dvorak Invitational Tournament, and served as Head Official and DuPage Valley Conference Wrestling Assignment Chairman in 1997, 1998, and 1999. He officiated for the NCAA in three NCAA Division III Wrestling Regional Tournaments, and for the IWCOA in four Illinois vs Indiana All-Star Classic Duel meets.

Currently residing in Glen Ellyn, Frank has made a professional career in the Travel & Tourism Industry having worked for companies such as United Airlines, Aloha Airlines, Hyatt Hotels & Resorts, and The Kapalua Resort, Maui, with a special focus on the golf travel market to Hawaii. He continues to manage golf and travel events nationwide, and serves on the Travel & Tourism Advisory Board of College of DuPage.

Frank continues to devote all his energy to sports and the sport of wrestling, which has encompassed the largest portion of his life. The sport of wrestling has enabled him to participate with some of the most outstanding competitors in the State of Illinois.