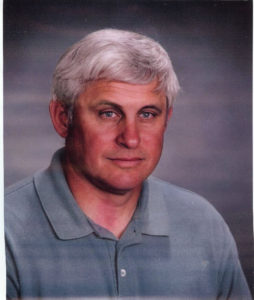 Gary wrestled for two seasons at Rockford East High School under Coach Russ Erb. He won titles at the Rockford Invitational, the Big Eight Conference and the IHSA Regional. His senior year he put together an impressive 26-2 record. Like so many other successful wrestling individuals, Gary attended Illinois State University where he wrestled under the watchful eye of Hall of Fame member Dr. Robert Koehler. Compiling a 24-9 record, Gary earned a second place finish in the ICCW Conference Tournament in the heavyweight division. Gary graduated from ISU with a Bachelor of Science in 1967. He furthered his education by acquiring a Master in Education from the University of Illinois and a Masters in Educational Administration from Northern Illinois University.

Gary returned to his alma mater in 1967 as the Head Wrestling Coach – a position he retained through the 1979 season. During his tenure at Rockford East, Gary won 157 dual meets, qualified twenty-four individuals for the IHSA State Finals – seven of these qualifiers earning place medals. His 1974-75 team finished 5th in the team race in the IHSA State Tournament. Twice, 1971-72 and 1974-75, Gary was selected as the Northern Illinois Conference Coach-of-the-Year.

Like a number of his coaching brethren, Gary also became a successful wrestling official. Five NCAA Division II and III NCAA National tournaments appear on his list of officiating accomplishments.

Gary served the Rockford area very well – especially Rockford East High School. He not only attended and graduated from Rockford East he spent his entire educational career of 36 years serving as teacher, coach and Athletic Director. Along with his wrestling accomplishments Gary is also proud of his contributions as the defensive coordinator for Rockford East’s two State Football Championships (1974-75 and 1984-85) as well as being named the Athletic Director-of-the-Year by the Division IV Athletic Director Association in 1996-97.

Gary enjoys his relaxing retirement in the company of Madelaine, his bride of some thirty-eight years, their grandchildren and their little lake cottage in Wisconsin.