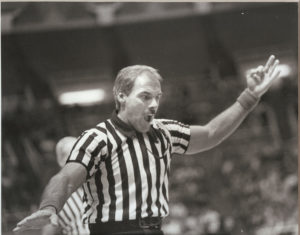 Gene credits much of his success to his high school coach, Jack Robinson.