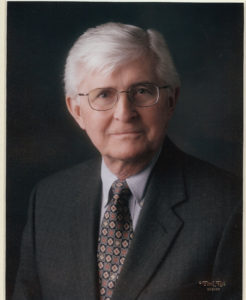 Gene is originally from Blue Island High School where he was a member of the wrestling team. His Collegiate work was at Western Illinois University where he was Champion in the Illinois Intercollegiate Conference. Gene Coached both at Bock Falls and Lake Park High School before directing his efforts towards Administration, however, throughout this time, some 31 years in f act, Gene has been involved in Officiating. He has officiated 28 Regionals; 2 Sectionals and has had 11State Finals. He has also officiated in the NCAA Division I Regionals; the Mid-American Conference and numerous collegiate duals. While officiating in the State Finals, be served as Head Mat Official 12 of those years. Gene was a charter member of the Midwest Officials and Coaches Association a forerunner to the present IWCOA. He has served on the board of directors of the IWCOA. Gene has also served on the IHSA Wrestling Advisory Committee for 3 years and has been an IHSA Wrestling Rules Interpreter for 12 years. Gene has also served in many other wrestling capacities particularly as an Official Clinician at the IWCOA Clinic s for Officials.