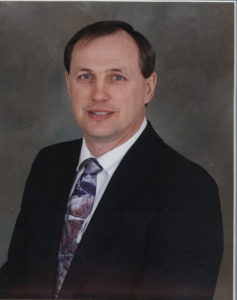 George is from Coal City, however since Coal City did not have wrestling at this time, he played basketball.

His collegiate days were spent at Illinois State University.

His coaching and teaching days began at Coal City, he was first an assistant in the High School and Middle School. At this point in time he became a learner. In 1976 George became the Head Coach at Coal City, and stayed in this position until retirement from Coaching in 1993. In this time his team compiled a 314-62-2 record. He also directed his teams to 5 I-8 Conference Championships and 5 Regional Championships, twice 2nd in the State and one time 4th in the Duals.

He has had 56 State Qualifiers in Class A, 16 of them place-winners, which includes 3 State Champions.