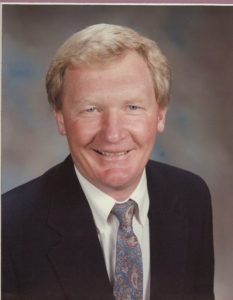 His coaching career began at Still Valley, where he compiled a 131 win record as the Varsity Coach, after assisting for 2 years. He won the Conference both years that it was contested, won 3 Regionals and placed in the top 3, three times in the Sectionals. His team placed 3rd in the State Class A in 1974 and were in the top 10 4 other times. During this time, he has 13 State Qualifiers, 11 place winners, of which 4 were champions. Two of his wrestlers Lantz and Johnson were IWCOA Wrestlers of the Year for Class A in 1975 and 1978.

Glen left coaching in 1978 to become principal at Oregon High School, where he served until 1983. During this time he continued to officiate and run instructional camps and serve as IWCOA corresponding secretary. In 1983 he returned to coaching at Byron High School and to become the Elementary Principal of that system, both of which he is still involved in.

While at Byron his teams have won another 101 duals, which not puts his overall dual record to 232 wins. At Byron he has had 16 qualifiers, 7 place winners and 2 champions, plus 1 team qualifier.

* He is a certified IHSA Wrestling Official

Along with Charley Anderson and Dennis Hastert, was one of the early promoters of Class A Wrestling.