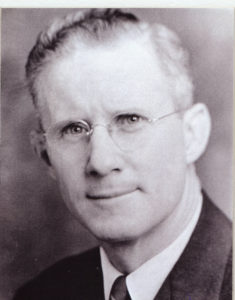 Head Wrestling Coach at the University of Illinois from 1928 to 1947. During this time he had teams that placed second in the Nationals twice and one third place finish. He produced nine individual NCAA champions, 13 runner-up; 10 third place winners and four fourth place finishers. He also coached many Big 10 champions and place winners and his teams won the Big 10 and placed high each year.

During World War II, Hek entered the Naval Service where he served as Director of Physical Training for the 6th Naval District, where he wrote a book on rough and tumble fighting that was widely used during World War II. He also wrote a book on wrestling as it pertained to high school and college and was also author of numerous articles pertaining to wrestling and physical education.

Wrestlers of his generation, perhaps, will recall that he along with his assistant coach was responsible for the starting of the Illinois High School State Championships. They organized and officiated the first state-wide wrestling championships held in Illinois at Champaign high school.

Hek was known for his hard work in promoting and developing high school wrestling in Illinois which certainly was instrumental for the strong wrestling program that we have in Illinois today.

Hek retired from coaching in 1947, before he had any chance to receive the fruits of his labor, rewards being few in those days