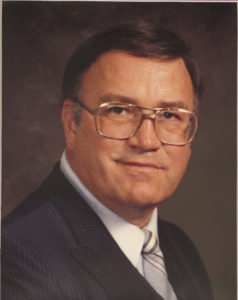 His coaching career began at Blue Island, where he was the Sophomore Coach for 7 years and the Varsity Coach for 1. He then moved to Joliet Junior College in 1965 and staying as that school’s head coach until 19135 a total of 19 years. He had 268 wins-43 losses and 5 ties over this span.

His achievements at Joliet Junior College have been many: 46 All American: with 8 of them being National Champions 4 of these me n have gone on to become Division I All Americans and NAIA All Americans. One—Clarence Richardson holds the fastest pin in the NCAA for Louisiana State; Harry Geris went on to represent Canada in the Last 3 Olympics. One of his graduates defeated 4 American Olympic Champs at one time or another, Banach twice; Baumgartner; Gibson and Blatnik. The man who did this was Mike Evans formerly of Bloom, who turned boxing pro, rather than tries out for the Olympics. Henry is most proud of the fact that over 40 people who are products of Joliet JC are now coaching somewhere in the United States.

Henry has been very involved in all facets of wrestling: to list a few:

* Started the Kids program in Joliet, with the late Eddie Johnson

* Started the Kids Tournament in Joliet, which became a forerunner to the present State Junior High Tournament

* Started the wrestling program at the State Penitentiary in Joliet and ran it for 7 years, wrestling various visiting team:

* Hosted many exchange teams in the area, including Holland and Japan

* He began and became the director of the National Clinics which offered graduate credit. This series covered Scholastic to Sambo and was offered in many areas. The programs leant itself to improving our wrestling approach to the International Style

* He has been involved in pairing at tournaments, official, clinician and director.

* He was the Team Manager for the Mayor Daley Club, at a time when they were National Champions in both Greco and Free Style.

* He was President of the National Junior College Association in 1976

* Henry is presently Dean of Students at Joliet Junior College