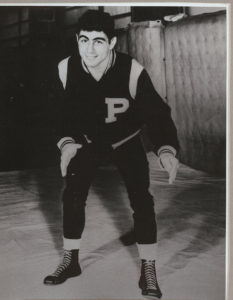 Jack graduated from Proviso Twp. High School where he was a State Champion. He wrestled for Purdue University where he was a Big Ten Champion and placed second in the NCAA. During his coaching career at Proviso East High School, which spanned 16 years, his teams won numerous Conference, District and Sectional Titles. His teams won the State Championship in 1957 and also placed 2nd and 3rd. Jack has had a number of individual Champions plus a number of State Place winners.