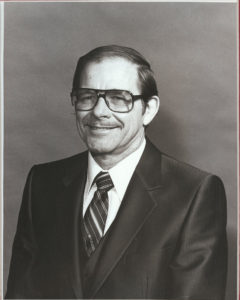 Jack began his career at Hirsch High School in Chicago, where he was a State Qualifier in 1948, and a State Champion in 1949. He enrolled at Southern Illinois University at Carbondale where he was on the first team headed by Dr. James Wilkenson, himself a Hall of Famer and since deceased. Jack was a three-time IIAC Conference place winner, twice champion, and was also a Central AAU Champion.

Upon graduating from Southern he went into the United States Army. When he returned from the service he went back to Southern for his Master’s degree. He began teaching in the Granite City School system and officiating in the area. In 1957, he went to Peking to help hall of Famer Jim Custer and in 1967 he was promoted to Head Wrestling Coach a position he still retains. During his coaching reign, he has developed 20 State Place winners 2 of which have been Champions. His teams have won 14 Conference Championships, 14 Districts and 4 Sectionals.

Jack has been an active member of the Illinois Wrestling Federation since its inception in 1968. He has been a District Representative for 15 years, a team leader to Iowa City twice and a National Coach for 15 years. He has developed 3 finalists in the Freestyle division and 1 in the Greco-Roman division in these years.

His wife is the first woman in Illinois to manage a district and sectional tournament.