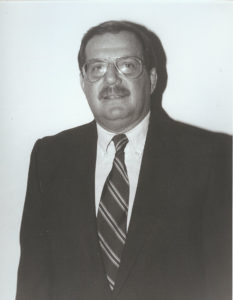 In the Past 29 Years, Jim has been involved in all facets of the sport of Wrestling. He wrestled for Lane Tech in Chicago; 4 years on the Varsity at Wisconsin University and Wrestled competitively in the AAU after graduation. He was a Wisconsin AAU Champion and Place winner 3 times; He was a Central AAU Champion and place winner twice.

As an Official, he has had 29 years of experience; He has the highest ranking (Recognized) in the State of Illinois. He has officiated numerous State Regionals and Sectional Tournaments, plus the Glenbrook South Christm1: Tournament t 12 times and the Waukegan Christmas Tournament 9 times.

In the Amateur: International Free-Style and Greco-Roman Style, He has worked the Midlands 19 times; 18 of these in a row; The Final Olympic Trials in 1964 and 1968; The US World Team Finals as the Head Official for the Pan Am Games in 1968; The USWF National Championships at the Senior Level in 1969; 1971; 1972 and 1973 in Free Style and the USWF National Greco-Roman Championships in 1971; 1972 and 1973. He has worked the ISWF National Junior Championships in 1971 and 1972; The USA versus Russia in 1972; The Mayor Daley Youth Foundation Tournaments, both styles 15 years. Jim hold s a USWF Category I Officials Card, a card he has had for 15 years.

In the field of Administration, he was one of the five co-founders of the fore runner to the IWCOA the Mid-States Wrestling Association. He was President of the Mid -States for two years. He also served on a committee to train officials. He has held offices in the Mayor Daley Youth Foundation and the United States Wrestling Federation of which he was on the original board and was the State Chairman for Training of Officials.