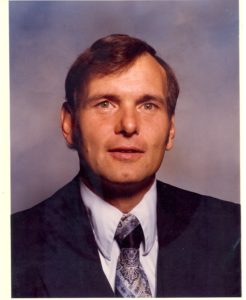 Jerry started in wrestling at East Moline High School. His collegiate days were spent at Augustana College, where due to injury he was encouraged to stay in wrestling by becoming an assistant Coach, while still in college.

After graduation he found himself at Port Byron High School in Riverdale, where he had 8 qualifiers and 3 place winners when all schools were in the same class. When we split classes, Port Byron ended up in Class A, at this time Jerry had 32 qualifiers with 19 place winners, 9 of the Champions. His team placed 2nd two times in the Individual Tournament.

During his tenure, Jerry conducted a number of clinics for the area schools, and was active in encouraging participation in the IWF for his area. He was two times named Coach of the All Stars of the quad cities area against the Iowa All Stars.

Jerry is still teaching at Port Byron, where he still helps out as an administrative aid when needed.