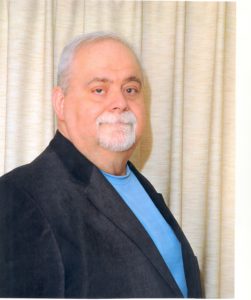 It was a member of Coach Voris’ intramural wrestling class at North Park College that Jim Chaloupka’s connection with wrestling was born. Financial and time constraints keep him from competing at the varsity level. However, his bond with the sport was cemented and his career path would soon bring him back to the sport.

Jim began his coaching career as a lower level football coach at Harrison High School in Chicago. He was soon asked to assume the position as Head Varsity Wrestling Coach. He later served also as the Head Varsity Baseball Coach. In addition, he coached football at his alma mater, DeLaSalle, in Chicago as well as St. Joseph High School in Westchester.

Jim has also been involved with officiating in the Illinois Coaches Alliance, serving as Head Official for two State Tournament events and as an official at nine other state events, nine sectionals and nine regional tournaments.