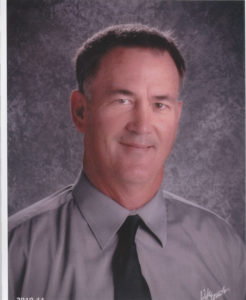 A 1972 graduate of Lincoln High School in Vincennes, Indiana, Jim Miller lettered three years both in football and baseball. During his senior year the Evansville Courier- Press named him to the All- Sectional baseball team. Vincennes Lincoln High School did not have a wrestling team until several years after Jim had graduated. His physical education teacher Mr. Ed Henry introduced him to the sport during his junior college year. After transferring to Indiana State University, Jim’s interest continued with the sport of wrestling, where ISU coach and advisor Chuck Sanders mentioned him.

Jim began coaching wrestling at North Knox High School in Bicknell, Indiana, as an assistant wrestling coach and head junior high coach in 1978. He considers coaches Jim Beery and Mac Dubbs as his true mentors in the sport of wrestling. Jim became the head coach at Toledo (Cumberland) in 1979, where he currently still serves in that capacity.

During Jim’s tenure at Cumberland High School, he has produced 175 individual Sectional qualifiers and 40 individual State qualifiers. He has 4 individual State Place winners. He also has had two of these place winners go on to wrestle at the Illinois-Indiana All- Star meet. Jim also has been an IHSA Regional Representative 12 times and has served on the IWCOA Executive Board since 1998. He has 325 dual meets wins and was nominated for Class A Coach of the Year in 2010. In 1986, Jim was selected as the Decatur Herald and Review Wrestling Coach of the Year.

Also while at Cumberland, Jim has been the head cross-country coach. His boys’ teams have won five Class A Regional championships in 2002, 2003, 2004, 2005, and 2007 and a Class A Sectional championship in 2005. Jim’s 2005 cross- country team finished 2nd in state. Jim has also produced 4 boys All- State runners. The boys have also won 7 ECC Conference championships. His girls’ team has won four Class A Regional Championships in 2002, 2003, 2004, and 2005. The girls have also won 2 ECC Conference championships. Jim has produced 2 All- State runners for the girls. Jim was named as Cross Country Coach of the year in 2003 and 2004 by the Decatur Herald and Review and in 2005 was the ITCCCA South Division Boys Coach of the Year.

Jim also serves as Cumberland’s head baseball coach. His teams have won the small school division baseball conference in 2007 and 2010. His 2008 team was a Regional Runner-up. During the summer, Jim also is active with American Legion baseball. He has coached for 7 years at the Mattoon Post #88 as head junior legion coach and as an assistant for the seniors. He currently is serving as the head junior legion coach at the Toledo Post #764 where he has been stationed for 6 years.

Jim teaches science at Cumberland High School. He lives in rural Mattoon with his wife, Karla, and they have three sons that wrestled at Mattoon High School.