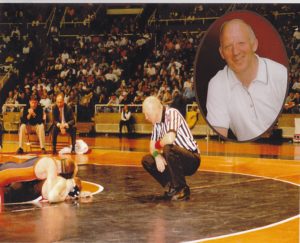 Jim Turner was born in St. Louis, Missouri, he attend Lamphier High School in Springfield, IL and graduated in 1961.

An IHSA wrestling official for 26 years, Jim officiated in four other sports and has a combined service of over 100 years of officiating. In addition to wrestling, he officiate football, softball, and baseball. He has worked nine IHSA state wrestling championships and number IKWF and IESA state finals.

A member of the IWCOA Board of Directors, Jim is also a member of the Masonic Lodge, Scottish Rite and the Shriners. Jim also serves as a Gideon Bible speaker.