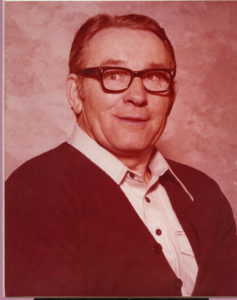 Joe is from Bloom Township High School and Northwestern University. Presently the coach at Moline High School, where he started the wrestling program in 1946. In all probability Joe is now the Dean of Illinois High School Coached that is still active.

Joe has qualified 100 wrestlers for the State Finals, 28 of them became place winners and 8 of them were State Champions.

Over the years, Joe has been the leader of wrestling in the Quad City after, both as a coach and as an official and one of the most ardent supporters of wrestling in Illinois.

Steve Combs, presently coaching at Deerfield High School and president of the Illinois Wrestling Federation, was a Big 10 Champion and runner-up in the Nationals for the University of Iowa is one of Mr. Vavrus’s protégés.