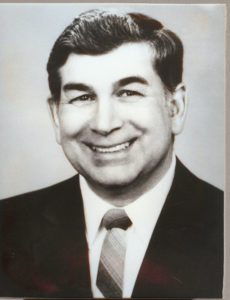 Coached at Evergreen Park for 10 years in which time his teams won 225 dual meets and lost 72. They won 4 conference championships and placed Second 10 times. He has had 11 State Place winners of which 2 were Individual Champions. John has been involved in all phases of wrestling; including officiating, serving as an officer in various organizations and acting as a clinician.