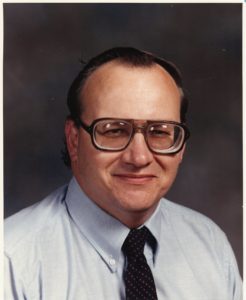 Jon Davis was a major figure in southern Illinois wrestling. He began his wrestling career in the Granite City Junior and Senior High system where he was coached by the legendary Hall of Fame member Bill “Red” Schmitt. Jon went on to earn a Bachelor of Science degree in Education from Southern Illinois University at Edwardsville in 1966. Jon, whose teaching career spanned 38 years, taught two years at Alton before moving to the Edwardsville school district in 1968 as a mathematics instructor. In 1970 Jon organized and coached the Edwardsville Junior High wrestling program – a task he would continue to enjoy for the next 18 years.

Knowing first hand the significant impact wrestling has upon young minds and bodies, Jon set out to organize the Edwardsville Wrestling Club as an affiliate of the Illinois Kids Wrestling Federation (IKWF) to serve the needs of the area wrestling enthusiasts. Under Jon’s leadership the Edwardsville Wrestling Club won every District/Regional Tournament they entered, placed in all the IKWF Sectional tourneys and sent a plethora of individuals to participate in the IKWF State Finals.

In 1977 Jon was elected to serve as the IKWF South Sectional Director, a position he held until his death in 2007 – no other individual had a longer tenure as an officer with the IKWF. Under his influence and guidance the South Section rose from the smallest Section to the second largest in the state. Jon was personally involved in the creation of more than fifteen wrestling clubs in the South Section. The South Section currently now boasts twenty-six teams with more than two thousand wrestlers. Additionally, Jon was the Director/Co-Director of the IKWF Kids Open Tournament since its inception as well as holding a similar position with the IKWF State Finals since 1977. To honor Jon’s commitment to the sport, the IKWF named Jon as the Grand Marshall for the IKWF State Tournament in 1989. The current elementary school open tournament has been renamed the “Jon Davis Open Elementary Wrestling Tournament.”

Jon is survived by his loving wife Mary and two brothers – Gene and Jerry.