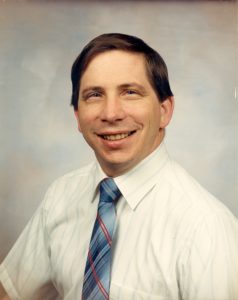 His coaching career began at Luther North High School, where they were conference champions 3 years in a row. From Luther he moved to Niles Notre Dame where he had 9 State Qualifiers and 2 all staters and just recently he has moved to Geneva where he had a state qualifier this year.

Jon is probably best known for his officiating capabilities. He has worked a number of dual meets, high school conferences and 4 Regionals. His coaching duties keeping him from move of this activity.

At the collegiate level Jon has worked 15 Midlands; 1 Big 10 Championship 1 NAIA; L Division 3 and 1 Division 21 plus some college duals.

At the Junior High School Level: Jon has worked a Regional, Sectional and all of’ the State Meets for 18 years.

He has worked 6 Inter Service Military Championships, both Free Style and Greco Roman.

He has worked 18 of the Illinois Wrestling Federation State Meets, both in Free Style and Greco Roman.

He has worked 18 Central Juniors in Free Style, also the Rockford Open.

He has worked 18 Junior National both Free Style and Greco.

He was Head Official for the Olympic Trials in 1988 at Topeka, Boca Raton and the Finals at Pensacola for the United States.

Internationally he has worked: World Cup in Free Style

Pan American Games in Free Style – He was

Internationally, Jon is now known as a FILA Exceptionale, which is the highest ranking you can achieve in the World. He has progressed from FILA 3 to 2 to 1 and Now Exceptionale. The Only Illinois Person to have achieved this distinction.