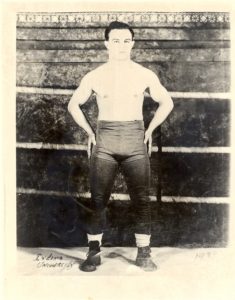 Going on to Indiana University, Joe Won the Indiana and Kentucky AAU as

Post Service, saw Joe come back to Purdue and Capture the Big 10 Championship but was not allowed to go to the Nationals as he had used up his eligibility, this was in 1946, 6 years after his Senior year. He remained at Indiana University until 1951 serving as an Assistant when he went into private business. Always a supporter of Wrestling, particularly at Indiana University, he was often involved with various programs up until the time of his death.