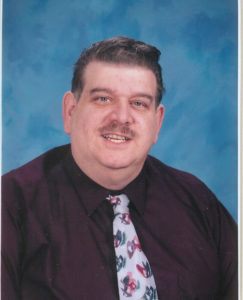 Joe Scordino came to Illinois from New York, by way of Iowa. He started his coaching and teaching career at St. Francis High School in Wheaton in 1968. He was instrumental in starting wrestling as a conference sport in the old Suburban Catholic Conference in 1968-69. The S.C.C. has evolved into the current East Suburban Catholic Conference. Joe went on to Carmel in Mundelein in the 1974-75 school years. He was the head wrestling coach and also coached football. His teams have won 335 duals; he has had 44 conference champions, fifty-one regional/district champions, twenty-seven state qualifiers and six state place winners. He is also the unofficial historian of the conference. Joe continues to be the varsity wrestling coach and is the chairperson of the Business-Computer Department at Carmel High School.