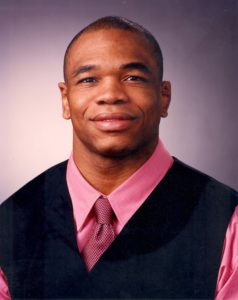 Joe began his Wrestling with the Harvey Twisters, where he won two Illinois Wrestling Federation Championships at the Kids level. He later entered Chicago Mt. Carmel where, Wrestling for Hall of Famers Bill Weick and Ron Oglesby, he became the Second Class AA Wrestler to Win Four State Championships and the Third Person overall. He won his titles in 1990; 1991; 1992 and 1993 and ended with a 148-1 record. The IWCOA named him OW in 1992 and in 1993. He was also second for the Twisters as a kid.

Wrestling for the Illinois Wrestling Federation at the National Level he placed 3rd in Greco Roman in 1991 and in 1993 Won Dual Titles.

At Mt .Carmel he was a Member of Two State Championship Teams. He was also the Captain of the Team.

He has won the University of Northern Iowa Open Twice; the Northern Open once and the Sunkist Kids Open once. He was OW at the Sunkist. Heading for the Olympics. Joe is presently ranked in the top 4 at 167.